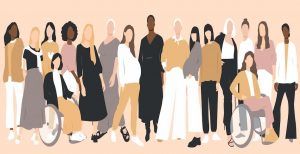 The Women Revolutionising The World Of Digital Marketing

On this day of activism and celebration we would like to honour the women who innovate, shape and revolutionise the digital media industry. So here are a few inspiring women in marketing/digital marketing to keep an eye on!

Ukonwa serves as the Chief Marketing Officer for Prime Video and Amazon Studios, where she is in charge of worldwide brand and originals marketing. She began working for Amazon in September 2020. She is a graduate of the Kenan-Flagler Business School at the University of North Carolina and Kellogg School of Management at Northwestern University, where he earned an MBA in finance.

As former Chief Marketing Officer for M.A.C Cosmetics, Ukonwa was responsible for brand positioning and increasing the company's appeal to a worldwide audience. She contributed to the development of customer interaction strategies and the delivery of ground-breaking product innovation. She has received more than 50 awards and honours throughout her career, including being named in Business Insider's "25 Most Innovative CMOs," World Federation of Advertisers' Global "Marketer of the Year," WWD "Brand Builder of the Year," Ebony magazine's "Power 100," the Financial Times' "Top 100 List of Minority Executives" for three consecutive years, and Fast Company's "Top 100 list of Most Creative People in Business," among others.

Leslie Berland is the Chief Marketing Officer of Twitter. Berland was most recently Executive Vice President, Global Advertising, Marketing, and Digital Partnerships at American Express, where she had worked since 2005. She was tasked with bridging the gap between the old-school financial services organisation and Silicon Valley.

Berland has been behind Twitter's bold new campaigns and brand work that get to the core of what Twitter really is and issues that matter. She also is at the origin of important decisions like letting all employees work from home indefinitely. "Decentralisation and remote work was a top priority for us pre-COVID," she tweeted. "We'll continue to learn and improve to make the experience even better, but it starts with empowering people to work where they feel most creative, comfortable and safe."

Bozoma Saint John's brand extends well beyond Netflix, where she has worked as Chief Marketing Officer for a little more than a year. Over the course of her first year at the streaming platform, she has overseen a diverse range of creative initiatives, including a stunt for the series Money Heist, in which the business blocked fans off from the internet in order to prevent them from sharing spoilers with one another.

St. John formerly worked as a marketing executive at Endeavor, Uber, and Apple Music before to joining the streaming service in June 2020. In January, she conducted a virtual session at Harvard Business School for a week about the importance of authenticity in business. Saint John has also established itself as a leader in problems relating to diversity and inclusion. Her collaboration with Glennon Doyle and hundreds of other celebrities last summer on a joint initiative dubbed #ShareTheMicNow, which aimed to elevate Black voices across a wide spectrum of white women's Instagram accounts, was a success. The Urgent Life, a memoir on how losing her spouse to cancer in 2013 impacted her view on life, as well as the difficulties she encountered along the road, will be published next year.

Lego's primary aim is to "inspire and develop the builders of tomorrow.”. When she joined the firm as chief marketing officer, Julia made it her mission to bring the joy and inspiration of Lego to as many people as possible. She is a major force behind the organisation's sense of purpose. She works on integrating education, representation, and sustainability into the company's culture, as well as its goods and communications. She is most notable for having created the company's first global marketing campaign, 'Rebuild the World,' in 2019. She also made it her aim to cater to all people wanting to play with Lego, especially girls and adults.

Stephanie McMahon is probably the only Chief Brand Officer with the title "professional wrestler" on her resume, she is a powerful marketer who has a presence well beyond the WWE arena. During the Covid-19 crisis, McMahon was in charge of overseeing the construction of the bio-secure ThunderDome. She was also in charge of driving fan engagement for live and streaming matches, navigating the return of in-person events in July, and establishing one of the largest TikTok followings for a sports property in general. McMahon has also been a driving force towards cross-company cooperation. WWE invited zombies to circle the ring and become a part of the spectacle in order to help Netflix promote its Army of the Dead series.

Additionally, the WWE teamed up with Connor's Cure and The V Foundation earlier this month to collect money for the battle against paediatric cancer. She has also worked with the Ad Council on vaccine marketing initiatives, including public service announcements to educate people about their vaccination alternatives. One thing is for sure, she has more than one trick up her sleeve.

Dara, was born and raised in Nigeria. She is a seasoned marketing executive who has worked for companies such as Goldman Sachs, Apple, and General Electric. She began working at Peloton in August 2020 and rapidly built a name for herself, forging a successful partnership with Beyoncé as well as an advertising campaign that was based on the experiences of consumers. In preparation for the Summer Olympics this past summer, Treseder and Peloton developed a campaign that focused on building community rather than selling products: "It's You. That Makes Us.” Only a few month after entering Peloton, Dara was able to develop Peloton's first big marketing campaign, which featured nine genuine members of the @onepeloton community. Meanwhile, was also working on developing her personal brand in order to battle prejudice in the public relations and marketing industry – and beyond.

This year, Deborah Yeh will celebrate a decade as Sephora's Chief Marketing Officer, which is a remarkable achievement in this industry. Yes, Yeh's longevity is understandable; Sephora, with its experience approach to shopping, is a unique brick-and-mortar that has thrived in recent years. However, it was able to maintain its reputation as a contemporary and advanced corporation despite some setbacks during the epidemic. She has also remarked on the lack of Asian women in executive roles, something she has brought up more lately. "We have to disrupt our ideas of what leadership looks like and what leadership sounds like," she remarked in an interview with NBC News recently.

When it comes to shopping, Yeh has spent her nine years at Sephora on making it a "experiential and engaging experience.”. Additionally, the business offers makeup lessons and uses facial scanning technology to assist customers in finding items that are appropriate for their skin tone.It all fits in with Sephora's philosophy of involving customers in the shopping experience, including the ability to trial products before purchasing them.

In 2003, Lorraine joined Google, where she is now in charge of the company's marketing activities across the world. A large part of her team's marketing activities are devoted to the development of a global go-to-market strategy and increasing the acceptance of all of Google's products, ranging from consumer offers to business services. In her previous role, she was responsible for establishing and overseeing all of Google's regional marketing teams and operations in Europe, the Middle East, and African regions.

Lorraine has 18 years of marketing expertise under her belt. Prior to joining Google, Lorraine founded and oversaw the marketing team at Opodo, a European travel platform founded by nine of Europe's major airlines to facilitate travel. Lorraine is originally from Carlow, Ireland, and graduated with honours from Dublin City University with a dual degree in international marketing and languages. Lorraine advocates for increased inclusion of multi-cultural viewpoints in internal teams as well as in agency partners in order to develop message that is more representative of a multi-cultural society.

KEEP UP TO DATE WITH SEO NEWS

The Zip, Our Digital Marketing Blog

Is it time we cancelled ‘cancel culture’?

Being cancelled refers to being outcast or pushed out of social or professional circles due to your behaviour. 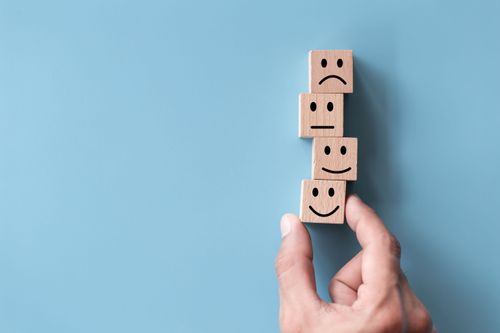 The Importance Of Managing Your Brand’s Online Reputation

In today’s digital world, having a strong and positive online presence is vital for businesses across all sectors. 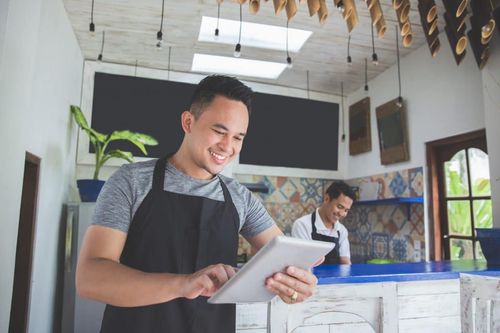 In the past few years, digital marketing has shown itself to be extremely important to build brand awareness and grow a business faster. 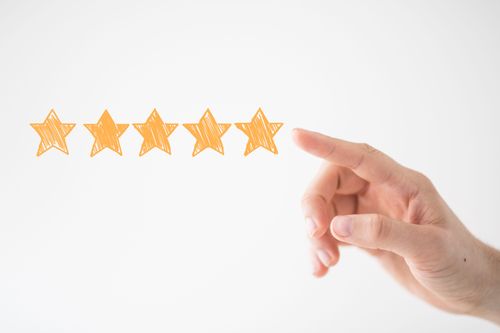 With the popularisation of the internet, something really needs to be taken into account: reviews. 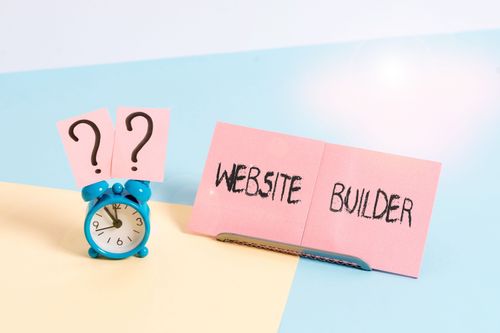 Why choose WordPress to build your website? WordPress is a free open-source software available to anyone wanting to create a website or blog. 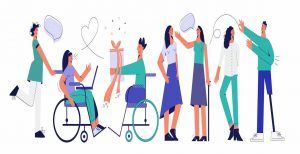 Why Is Web Accessibility So Important?

We need web accessibility for all because it allows people with disabilities or difficult circumstances to understand, navigate, and interact with websites

GET A FREE SEO REPORT 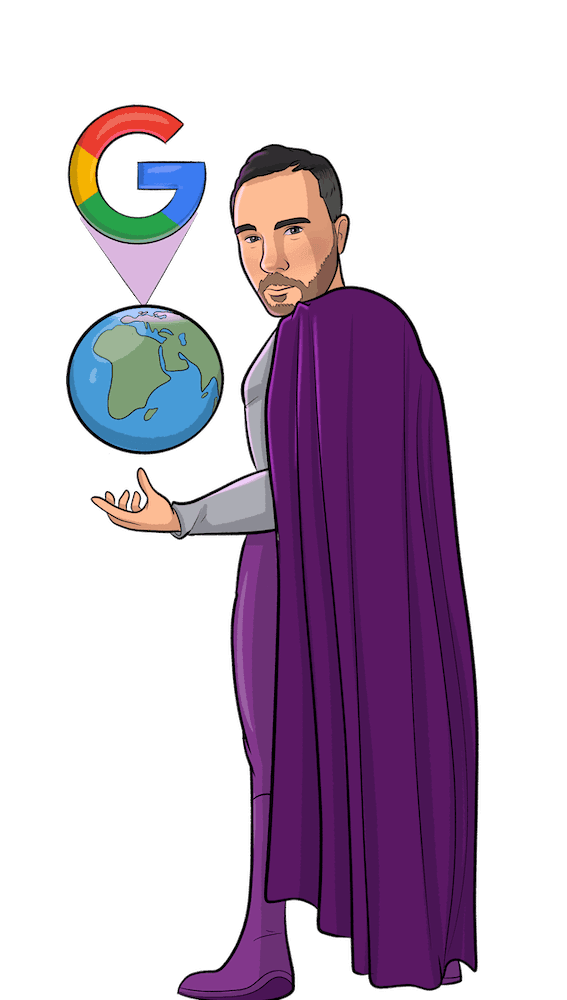 Let’s Get You Ranking!

Contact us to speak with one of our experts to see what we can do for your business!